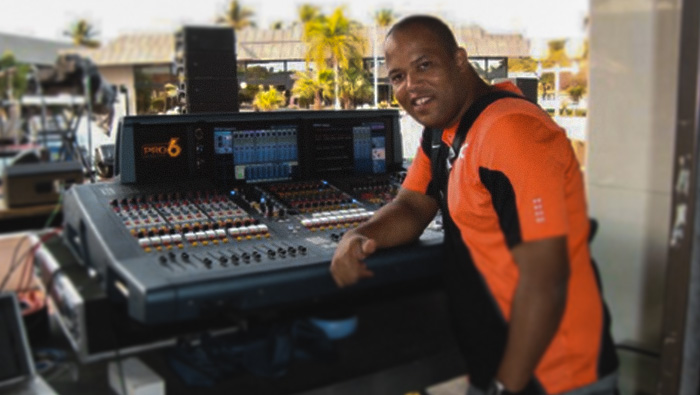 Bruno Ramos is a sound and PA engineer from Brazil who has just joined the international W&dB team in the Portuguese-speaking region of Latin America and Africa: Brazil, Angola and Mozambique. Bruno Ramos currently has a sound company in Angola.
Bruno Ramos’ trajectory began in his country of origin Brazil, he started at Floresta studios in Rio de Janeiro where he has worked on recordings such as great musicians like Caetano Veloso, Maria Betânia, Lulu Santos, Fernanda Abreu, Alcione, Elza Soares, Monobloco, Pedro Luís ea Parede, Gabriel Pensador, AfroRegae, etc.
Ramos has been the main technician of Radio Vial, one of the main event companies in Angola.
In 2013 he founded his own company with the support of Dream Space. His main work is still the FOH mixing and the sales and installation of audio equipment.
We are currently working together in a very unique facility in Luanda where a few W&dB systems will arrive shortly.
Bruno Ramos’ company in Angola have the best technical resources to carry out any event.